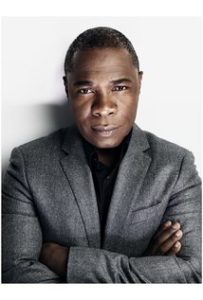 Michael Potts is a successful working actor in New York City, with credits including playing opposite Matthew McConaughey and Woody Harrelson in HBO’s True Detective and the role of Brother Mouzone in The Wire. On Broadway, Michael originated the role of Mafala Hatimbi in The Book of Mormon and his New York stage appearances include The Tempest, Richard III for which he won the Falstaff Award, Arms and the Man and The American Play for which he won the Obie Award.

But he wasn’t always the consummate professional you see today- in fact, when he first started auditioning for roles, he had to be coached, as most actors do, on how to treat each audition like a business. And once he learned to do that, he was able to let his creativity take over and win him roles. For every artist struggling with how to combine the business side of your vision with your art, this episode is for you!

The Business Of Show (available currently on Amazon)